Apparently Wednesday night's episode of South Park was censored by Comedy Central after it was delivered. Matt and Trey posted this on the South Park Studios news feed:

In the 14 years we've been doing South Park we have never done a show that we couldn't stand behind. We delivered our version of the show to Comedy Central and they made a determination to alter the episode. It wasn't some meta-joke on our part. Comedy Central added the bleeps. In fact, Kyle's customary final speech was about intimidation and fear. It didn't mention Muhammad at all but it got bleeped too. We'll be back next week with a whole new show about something completely different and we'll see what happens to it.

Comedy Central has failed by giving in to a group of idiots who only know how to get what they want through threats. By censoring this episode, they showed that those threats will get exactly the desired reaction. 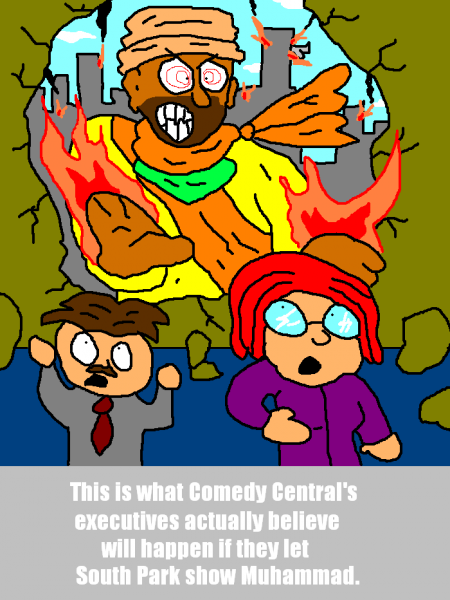 Stolen from Something Awful